If you’ve been injured in an automobile accident, you should consider retaining a lawyer, especially if the other party caused the accident. While you can pursue injury claims on your own, you will be taking on an insurance company that will try to settle the case for little as possible. However, if you hire experienced accident injury lawyers, they can anticipate what the other attorneys will do and help get you the compensation that you deserve.

Even though your injuries may be minor, you shouldn’t settle for the first amount that an insurance company offers you. Along with medical bills due to your injuries, you should also consider any time off from work that you’ll need for healing, the damage to your vehicle, and other personal expenses you may have incurred such as needing to replace eyeglasses. Instead of settling, hire accident injury lawyers to help fight for just compensation.

It’s important to note that Washington is also a comparative negligence state. This means that if it’s found that you somehow contributed to the accident, your compensation can be reduced by the percentage for which you were found to be at fault.

Arizona consumers need a debt relief solution based on their …
January 15, 2016
4 min read 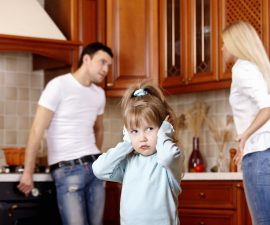